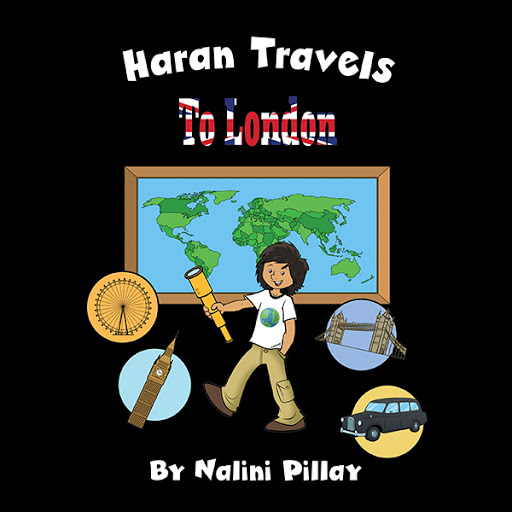 Haran is a young boy with a curious mind, a passion for travel, and a magical telescope that can send him anywhere he wants to go! He loves making friends in cities all over the world, and exploring all the things that make each city amazing and unique.

Haran lives in the United States of America, and for this adventure, he decides he wants to visit London, the capital city of England. With its incredible history, famous buildings, and delicious foods, Haran can’t wait to find out what London has in store for him and Alice, his new London friend. Why don’t you join them?

With a computer-science background, Nalini Pillay’s professional qualifications have led her to working full-time with technology, but it is her love of travel and her family that truly define her.

Of Indian descent, Nalini was born and raised in South Africa before moving to London, where she lived for almost eight years before moving to the United States. She has travelled to many cities across Africa, Europe, Asia, and North America, and has not let motherhood slow her down. From the time her son was four months old, he joined her on her travels, becoming the inspiration for this series of books.

Nalini’s travels have not only given her an appreciation of other places and cultures, but also a great deal of knowledge about various cities that she hopes to share with young readers to help ease their concerns about travel and instill in them a sense of excitement about the world around them.