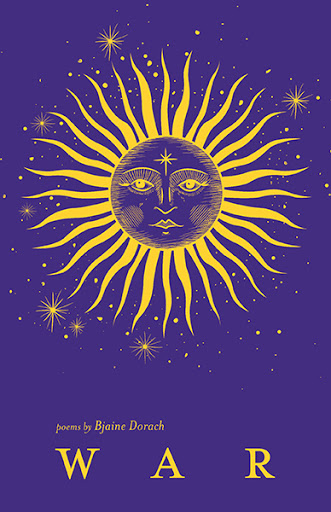 Unique, genuine, and visceral. Dorach, in his first volume, shares a selection of 224 darkly intense personal poems themed around love, sex (the beginning of life), death (the end of it) and the pain of tragedies that sometimes unfold between the two. Written over three decades, the prose is adult. There is nothing contrived, nor glib in his work. They are the record of human truth happening in real time; at times heart punches and at times achingly detached observation.

"When life happens sometimes it can produce unintended side effects. All my poems are that. They express all the impossibly hard emotions that pound in your chest when caught between a rock and a hard place. It is the breath of death in your ear, while you have to live to see the story to the end. There is no easy way out so the pressures release in odd angular ways. My poems are that release. They are the heartbeat of my human innocence through all of that mess." - Dorach

"War" speaks to those who have faced the difficult – violence, betrayal and grief. Decisions where lives and innocence hang on a knife-edge. It is about who we are at those moments of crushing defeat and loss, and how we fit those changes into our regular lives after the fact; or how well we hide them.

Read the words and sense the story between the lines.

“A striking volume of dark and symbolic poems about pain and longing.”

Dorach started writing poetry in his early twenties. Scribbling poems in rough form on notepads, he found an outlet for much of what was happening around him at that time. Over the next 30 years he continued his writings in private, with no intent to share any of them he filled dozens of books with 1000's of poems. Each of them raw and honest. A snapshot of the crucible moment in which they were written. It is now time to share them with the hope that any one may speak to someone, somewhere.

In this stoned moment, where the dogs once lay,

In the shift-eyed corners where the hands move forward

We felt a sudden shyness

I took your hand and led you to the broke shore, cloaked, top heavy, but not yet dead.