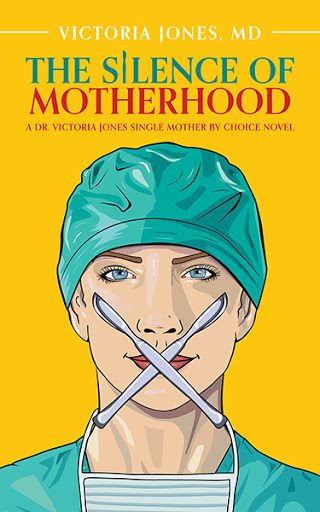 When Dr. Victoria Jones is left alone in her normally chaotic house, temporarily abandoned by her sleepover-bound children, she finds herself almost deafened by the resounding silence. Victoria remembers silence … vaguely. It has been years, of course, but she and silence used to be very close. Almost family, really. As a highly respected surgical oncologist, and someone who had chosen to have children on her own terms via donor insemination (rather than searching for some far-fetched ideal with which she couldn't be bothered), Victoria had grown accustomed to the happily chaotic cacophony that generally surrounded her.

This newfound silence gets her to thinking―about the relationship between motherhood and silence, and how motherhood itself can be silenced in so many ways: some temporary and some permanent, some natural and expected, and some tragic and unavoidable.

Inspired, she decides that it's time to reanimate her long-dead aspirations of writing a book. It would be funny and insightful, poignant and silly … It would give a voice to other women like herself―women who lived their lives on their own terms, not needing a man or a partner to “complete” them, or their lives. It would be her story, and it would be awesome.

Little did she know that she was about to meet someone who might change that story, and her life, forever!

Dr. Victoria Jones is a surgical oncologist who lives with her two adorable sons, Logan and Lucas, conceived via donor insemination. She has published extensively in scientific journals, and won research, teaching, and mentoring awards. She enjoys any type of learning and/or self-development, travel, cooking, and wine. She spends her free time transporting her children back and forth between their myriad of exciting activities.