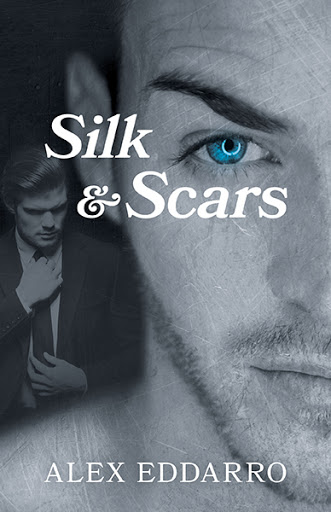 Emotionally broken, psychologically haunted, and physically scarred, Trenton Jacobs is afraid to love. At 28, the tattooed Las Vegas mechanic has spent his life taking care of his little sister, Olivia, protecting her from all the ugliness in the world. He's worked hard to ensure her happiness and success, even though he struggles to find his own. Bouncing from one distraction to another, never settling long enough to disappoint anyone except himself, he seems destined to end up alone. Trenton's potential has been undermined by the tragic upbringing that taught him to hate the fundamental things that make him who he is.

Seth Zewinski couldn’t be more different. At 40, he is president of his own development company and owns a swanky penthouse, a fleet of fancy cars and a closet full of immaculate designer clothes. Seth is the envy of everyone he meets. But behind those expensive walls he’s built around himself, he’s lost. The death of his lover and long-time partner took a part of Seth away: the part that kept him breathing, the part that knew how to love.

When their two worlds collide, chemistry can only take these damaged men so far. What could these two possibly have to offer each other...beyond Silk & Scars?

Alex Eddarro is a strong-willed, sharp-witted, bookworm. With a love of oddities, rock n’ roll, and coffee, his assertive and adventurous spirit has kept him constantly exploring the road less travelled. Inspiration can be found with every step, with music blaring and a pen in hand.

Growing up on a steady diet of sci-fi, paranormal and horror novels, and gory movies. Blessed with a vivid imagination, Alex spent years writing poetry, painting, and designing tattoos―when he wasn’t writing countless short stories. Among all these creative outlets, erotica remained most intriguing, a genre in which—just as with his own life—the envelope could be pushed. Alex focuses on writing deep and sexually-charged stories that capture the profound intensity of desire between lovers.

When not writing, Alex can still be found behind an easel, working on some wild design, or rushing headlong into another adventure. Alex currently resides in Toronto, with his partner and two crazy dogs. Silk & Scars is Alex’s first full-length novel.