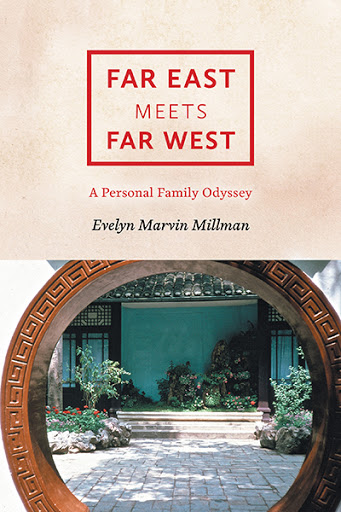 This is basically a very personal story of a mixed marriage during the early twentieth century when marriages between certain ethnic groups was frowned upon and indeed in some circles despised. Canada at that time was basically peopled by European immigrants who brought their cultural heritages and practices and biases to this land but also during very trying times opened up parts of our country, like the Peace River Country in Alberta, to farming and commerce and a new culture uniquely Canadian. Evelyn’s unusual family background has given her an intense desire to reveal the positive aspects of such relationships, not only for the interest of younger generations who do not know the heartaches and insecurities of settling in a new land, but to new immigrant and refugee groups who arrive on our shores each year anticipating a better life in Canada. Many of Evelyn’s wider family were involved in the security of our nation during World War II. Many have gone on to higher educations and careers that have built our nation. Others have developed skills and talents in the service of all our peoples.

Evelyn has two degrees from the University of Alberta in music and later pipe organ performance and has been active in church music since her youth. She developed an interest in two businesses in Edmonton — Pacific Travel and Envirodesigns Inc — the latter in which she was the sole owner and general manager along with her children. Envirodesigns was a unique company in North America, manufacturing and marketing side post and giant umbrellas in the US and Canada. The other interesting feature about this project was that it occurred at a time in Canada when women in manufacturing were scarce and banking or loans for women was not even considered. Through Pacific Travel she has travelled extensively leading a tour group of her family members to China, the birthplace of her father, and several tours of the Mediterranean and Europe. With her marriage to to Tom Millman, a prominent lawyer in Edmonton, she had three children. After his death from Parkinson’s Disease she later married Frank Kobie, with policiing, accounting and business consulting expertise. After 30 years Evelyn retired in 2008 to embark on her many “bullet list projects” — the latest of which are these memoirs.