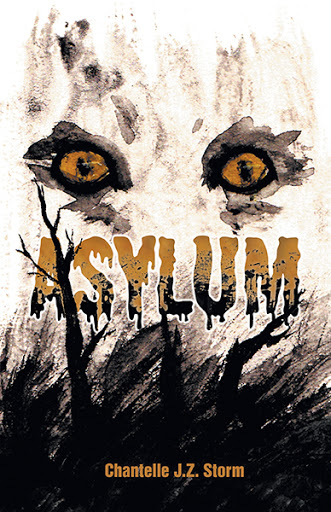 Three years after losing both her parents, Kairyna’s life has little meaning, other than the comfort of her own books that allow her to escape from reality. Having been living with her Aunt Helen, the time has come for them to move on; with jobs scarce and money short, their only salvage is to move in with the enigmatic old lady Madame Sporra, who recently advertised for someone to take care of her home.

The mansion itself has an eerie appearance, reminding Kairyna of a creepy house from one of her story books. With lots of hallways and secret passages, Kairyna explores the old woman’s house until she fortuitously comes across a library filled with books. One book in particular will take Kairyna to another world, to a realm that she could have barely considered existed, yet one that will allow her to escape from the banality of her own reality.

Now that she had entered the story, she meets others who are trapped, held against their will amidst a savage domain that is unspeakably wicked. As they join forces to break free of a hostile world, they must defeat the creatures that lurk in the shadows. Sinister beings that show no remorse and crave only for death.

For Kairyna to return to her own reality she must find the end of the book, for anything other will result in her demise. Yet, something else lurks within, something so savage and evil that is waiting to devour her soul.

Chantelle’s love for writing began when she was in the eighth grade, when a friend of hers suggested that she join her in writing a book. Admittedly, she didn’t enjoy it at first, however, as time progressed, she started to bring her words and characters to life and so an author began to develop. After several more years of growth and development, she began a brand new story idea, with new characters in a new world. That first project she ever finished she describes as “one of the most thrilling moments in her life”.

Chantelle is also a model and loves to travel. She enjoys a variety of music and has been playing the piano since she was three years old. She also loves to sing and sometimes writes her own songs, and even enjoys acting, drawing, dancing, playing tennis, and going to the movies. When asked what challenges she faced while writing this book: “I’ve never actually written a book in the style that I used for this one. So that was a challenge, but in the best possible way. I grew writing this book.”

Chantelle lives with her family in Manitoba, Canada.