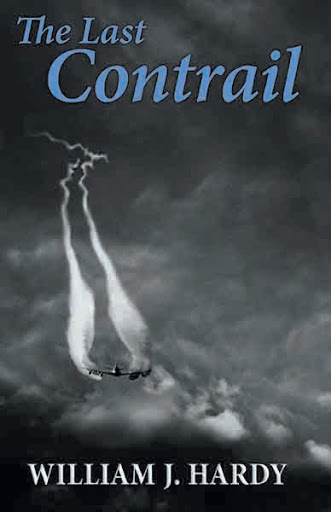 A life of long-haul flying has delivered Captain John Diamond heart-pounding thrills and soul-crushing loneliness. From a fledgling first officer on his initial training flight, to a senior Captain drawing on the last of his strength as he struggles to bring his crippled airliner safely home, The Last Contrail offers a dramatic and gripping look at the final flight of Captain John Diamond.

“A thrilling and energy packed novel ... one of the most exciting and compelling books I have ever read ... technically superb and a great story”

“Hardy has written a real ‘gripper’. His descriptive narrative of the flight deck is marvelous and only too real ... You won’t be able to put it down.”

William Hardy was a commercial pilot by the age of twenty. He began his career as a bush pilot flying in the Arctic before moving into the “right seat” of Boeing’s four engine airplanes. Twelve years later, he was promoted to captain and check-pilot on the DC-10-30 and flew the international routes to Europe, Asia and Central America. When the airline merger and acquisition frenzy swept through North America, Captain Hardy pulled up stakes and moved to Asia where he flew the B-747-400 for two major, world-class airlines.

During his sixteen-year tenure in Asia he also served in various management positions, the last of which was Vice President of Flight Operations. Captain Hardy has written several technical manuals, been quoted in major trade publications and interviewed on CNN while in Washington DC attending NTSB hearings. Currently he serves as Vice-President of Operations for a supplemental airline. Understandably, his research is impressive and his first-hand knowledge is accurate. This is Captain Hardy’s second novel and his first about the airline industry.