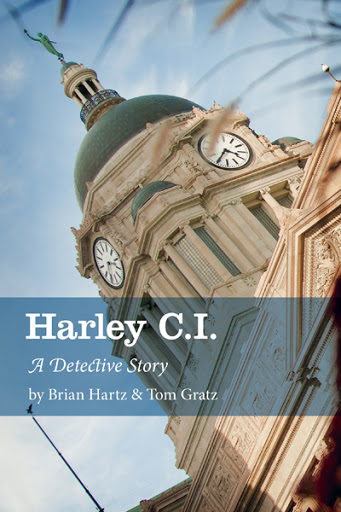 Sgt. Tom Gratz and his partner, Cpl. Dan Eddy, are veteran, by-the-book detectives with a sparkling track record of busting bad guys operating all over the state of Indiana. Until they cross paths with Larry Ashe and the Wells Street Gang, that is. To catch these prolific burglars and send them to the slammer, they’ll need help from the most unlikely of allies: Scott Bell, an unruly ex-con known as “Harley.” He’s a confidential informant looking to turn his life around – or is he? Harley’s chaotic approach to his job keeps him one step ahead of both bad guys and good. From defrauding the police agencies keeping him off the streets to romancing the gang leader’s sister, this C.I. is the loosest of cannons, operating in a shadowy netherworld between law and anarchy. He’ll even impersonate a preacher if that’s what it takes to extract valuable information. The results, however, are nothing short of a godsend for Gratz, Eddy, and their team, who effectively exploit the work of their newfound secret weapon in the battle against the Wells Street Gang, culminating in a white-knuckle car chase across half the state and a series of dramatic trials as justice is meted out. So buckle up – Harley C.I. is a wild ride you won’t want to miss. 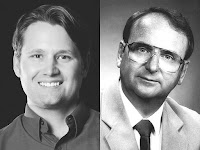 Brian Hartz grew up in LaGrange, Indiana, and earned a master’s degree in journalism from Indiana University in 2001. He has worked as a reporter, copy editor, and editor at newspapers and magazines in Indiana; Toronto; Auckland, New Zealand; and Victoria, British Columbia. Harley C.I. is his first book.

Lt. Tom Gratz is a former detective with the Allen County (Indiana) Sheriff’s Department. During his 31 years with the department, he worked in the jail, traffic, and K-9 divisions, as well as the detective bureau. He has been awarded two Bronze Stars of Merit and numerous letters of commendation. One Bronze Star was for apprehending a woman who kidnapped a newborn from a local hospital; the other was for solving many burglary and property crimes. Upon retiring from the Allen County Sheriff’s Department in 2003, he continued in law enforcement as an investigator for the LaGrange County Prosecutor’s Office for another seven years before retiring completely. Lt. Gratz also served for 22 years in the U.S. Marine Corps Reserve.