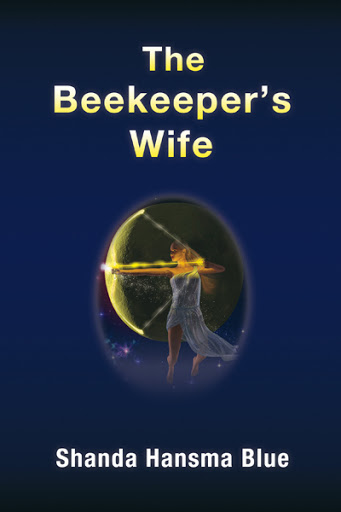 The Beekeeper’s Wife is inspired by Herbert Scott’s poem of the same name. It is an attempt to imagine the life of the woman behind the poem.

Shanda Hansma Blue’s The Beekeeper’s Wife is a brilliant poetic argument between nature and the reader, between the beekeeper’s wife and the beekeeper, between where a woman exists in her small and large spaces and the woman. It is a powerful rendition of the woman’s world, a world where only we can exist. We are the keeper of the day, rising at dawn, before the sunrises, as if the sun’s rise solely depended on us or as if nature itself were in the same complex relationship the woman has with the beekeeper. I have always believed that the poet is a philosopher, and Shanda proves this well in her fresh use of language, where the beekeeper’s wife “lives in the five percent zone/ of northern lights visibility./” Again, Hansma Blue shows us that the beekeeper’s wife “thinks of this as her numerical data/ her location on the statistical/ halo of Earth’s aurora latitudes.” In one of her powerful poems, 'Bargain', Shanda tells us, “My grandfather always said of loud girls/ A whistling woman is like a crowing hen/." Indeed, Shanda Hansma Blue is “a crowing hen,” where she juxtapositions the world of her speaker, the beekeeper’s wife and that of the beekeeper. This is not a book of poetry about nature despite its attention to the many vivid details of the nature around the speaker; it is a story about womanhood alongside that of manhood. Here nature and woman collide, co-exist, argue, and survive, all in a relationship to the man in the story. Here, “the here and the now” come together or collide at times, and yet the constancy of nature keeps the beekeeper’s wife grounded even though it is she who keeps the world of both her and the beekeeper grounded. Shanda Hansma Blue’s debut book of poetry brings to us a captivating story that is relevant in our new world where nature and humankind are at war. This metaphoric telling of the story of the beekeeper’s wife who keeps the beekeeper who keeps the bees will make you wonder and laugh at the same time. Hansma Blue’s picturesque use of language will haunt you long after reading this book.

-Patricia Jabbeh Wesley, author of Where the Road Turns-

“I especially enjoy Shanda’s poems because I never know what’s coming in the next line.” Herbert Scott 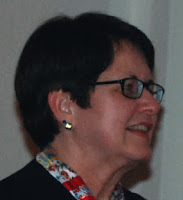 Shanda Hansma Blue is a former editor of 'Third Coast' literary journal at Western Michigan University. Her poems have been published in 'Dos Passos Review', 'Southern Indiana Review', 'Louisville Review' and 'Dislocate', an online literary journal. She is author of a chapbook 'From Egg to Moth 2010', poems about Maria Sibylla Merian, naturalist and artist.